Got An Oil Leak? It Might Be Due To One Of These 3 Gaskets!

Oil leaks are frustrating, embarrassing, and potential environmental hazards. Leaking oil onto your garage or driveway can mean potentially contaminating your lawn and causing harm to nearby animals and plants. You're also doing damage to your car. Constantly topping up your oil can lead to accidental overfilling, and your leak may progress rapidly enough to cause your oil to drop to dangerous levels.

While a slow oil leak isn't an issue that you need to address immediately, it's also not one that you should put off for too long. Fortunately, oil leaks aren't as frightening as they might seem, and the culprit is often an old and failing gasket. These three gaskets should usually be your first suspects, no matter your car's make or model.

Does your car use a cartridge oil filter? This design is typical on many European vehicles, and it's also becoming more prevalent from other manufacturers. The canister filters you're probably used to are entirely disposable, while cartridge filters utilize a permanent housing in your engine bay. With a cartridge filter, you only throw away the filter itself, not the entire canister.

Unfortunately, this filter design is susceptible to leaks where it joins with the rest of the engine. A gasket helps to keep fluid contained, but this gasket can wear out over time. As it plasticizes and becomes brittle, it may leak small amounts of oil. These leaks usually don't drip on the ground, so look for signs of oil near the front of your engine bay or near the oil filter housing.

If you've heard of head gasket failures before, then you might be panicking at the thought of a valve cover gasket leak. Fortunately, this leak is far less severe. While your head gasket joins the top and bottom halves of your engine, the valve cover sits on top of the head. This placement means that it is far more accessible, and replacing it won't require a complete engine rebuild.

Like the oil filter housing gasket, the purpose of your valve cover gasket is to keep the oil safely inside your engine. When it leaks, you'll usually lose small amounts of oil only while the engine is running. Common symptoms include drips along the side of the motor and the smell of burning oil since some may leak onto your exhaust headers.

While the valve cover gasket sits on top of your engine, your oil pan is attached to the bottom. Oil drips down into the pan before the pump sucks it back up and recirculates it through the motor. Oil pan leaks typically drip onto the ground, although you may not notice a small leak if your car has a plastic bottom cover. Look for evidence of oil creeping along the underbody, but especially near the pan itself.

If you suspect there's something wrong with your gaskets, reach out to an auto repair professional. 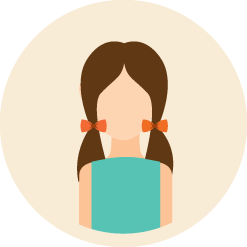 Hello, I'm Heidi Trullid. I am interested in seals and gaskets used in the automotive industry. Seals and gaskets are found throughout each vehicle build to keep liquids in or out, depending on the part. For example, engines and transmissions used seals and gaskets to keep lubricants from escaping the case and leaving the internal components bone dry. Heating vents, doors and windows also use seals to keep moisture outside of the vehicle. When any of these seals or gaskets go bad, the vehicle will not work as expected. You can actually check the integrity of these components and perform preventive repairs to keep your vehicle in good shape. I will discuss the locations to check, and what signs of damage to look for, during your seal and gasket inspection. Come back soon to learn more.